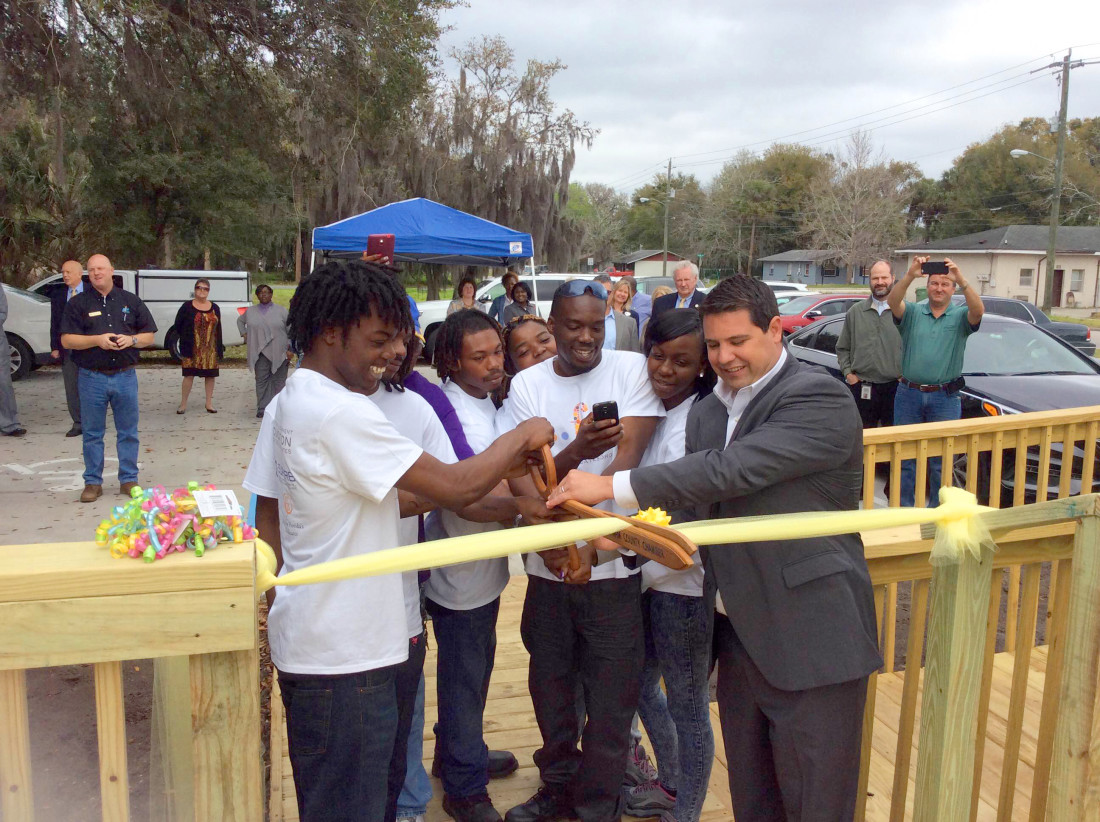 The Foundation Resurrects Pride in One of Florida’s Poorest Communities

This week marks the grand opening of a youth center in the poorest neighborhood of Florida’s poorest county. After seven years of development, the effort of the community and the ambition of the students involved has resulted in a new teen center on the corner of 1100 Madison Street in Palatka.

The area surrounding the center was once the epicenter of black commerce. The street was dotted with dry cleaners, car dealerships, restaurants, jazz clubs and retail stores. As far as the eye could see, black entrepreneurs were thriving and just down the road was Floridas’ first African-American accredited high school.

Today, the neighborhood is in the throes of crime and poverty. Entrepreneurs have been replaced gang members, drug dealers and prostitutes. The Florida Endowment Foundation for Florida’s Graduates, which operates Jobs for Florida’s Graduates, Girls Get I.T., VOiCE and SUPERB, believes its new teen center will act as the catalyst for other investments in the area. 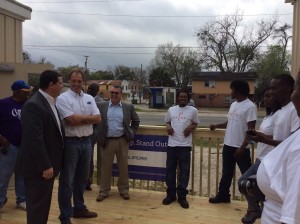 Skilled tradesmen were hired to develop the two buildings, and then The Foundation brought in a team to recruit and train local residents in construction skills. “I realized that there was no reason to hire professionals to build a deck, install a fence, or landscape when I could be teaching someone how to do that so they can use those skills in their lives,” said Heather Beaven, CEO of The Florida Endowment Foundation for Florida’s Graduates (The Foundation) and recognized expert in school-to-work transition for young adults entering the workforce.

Representative Travis Hutson (R-St. Augustine) attended the grand opening, and during his remarks to the crowd, he said, “Giving people the hands-on skills they need to go to work or start their own small business is necessary for Florida’s economic success. That’s why I fight for programs like Jobs for Florida’s Graduates.”

Unfortunately, the building was beyond repair. The City of Palatka, Putnam County and the Florida Department of Corrections joined forces to demolish the building and make way for two donated portable classrooms donated by Mobile Modular, Inc. When the buildings were raised, however, the Florida Department of Environmental Protection (FLDEP) discovered four large underground tanks. The documentation of what those tanks once held had long been lost.

Beaven said, “I really thought that was the end of our students’ dreams. As a not-for-profit, it is terribly difficult to find funds that will pay for any kind of property improvements, much less something of this magnitude.” FLDEP, with the help of the US Department of Environmental Protection (US EPA) had other ideas. The two agencies came together to cover the expenses of the contaminated site. Their involvement has left the door open for a Browns Field designation, which could result in a significant infusion of federal dollars in downtown Palatka.

The first class is made up of eighteen to twenty-four year-old unemployed young adults. They enrolled in construction skills training with the Homebuilders Institute and employability skills classes through Jobs for Florida’s Graduates. Upon graduation, they will earn a nationally-recognized certification in facilities maintenance. While building a wood deck connecting the buildings, twenty-three year old Antwan Johnson said “I love it. I love using math to figure out how to build things. I really love it.” The project has won two national awards as a model collaboration for the US EPA.

“This is the story of the little building that could” said Beaven.

Heather Beaven is a social entrepreneur, consultant, speaker, author and media personality, as well as the CEO of the non-profit organization, The Florida Endowment Foundation for Florida’s Graduates. Beaven believes preparing young people for jobs is how we grow the economy and improve life for all Americans. Learn more at http://floridagraduates.org and http://heatherbeaven.com.